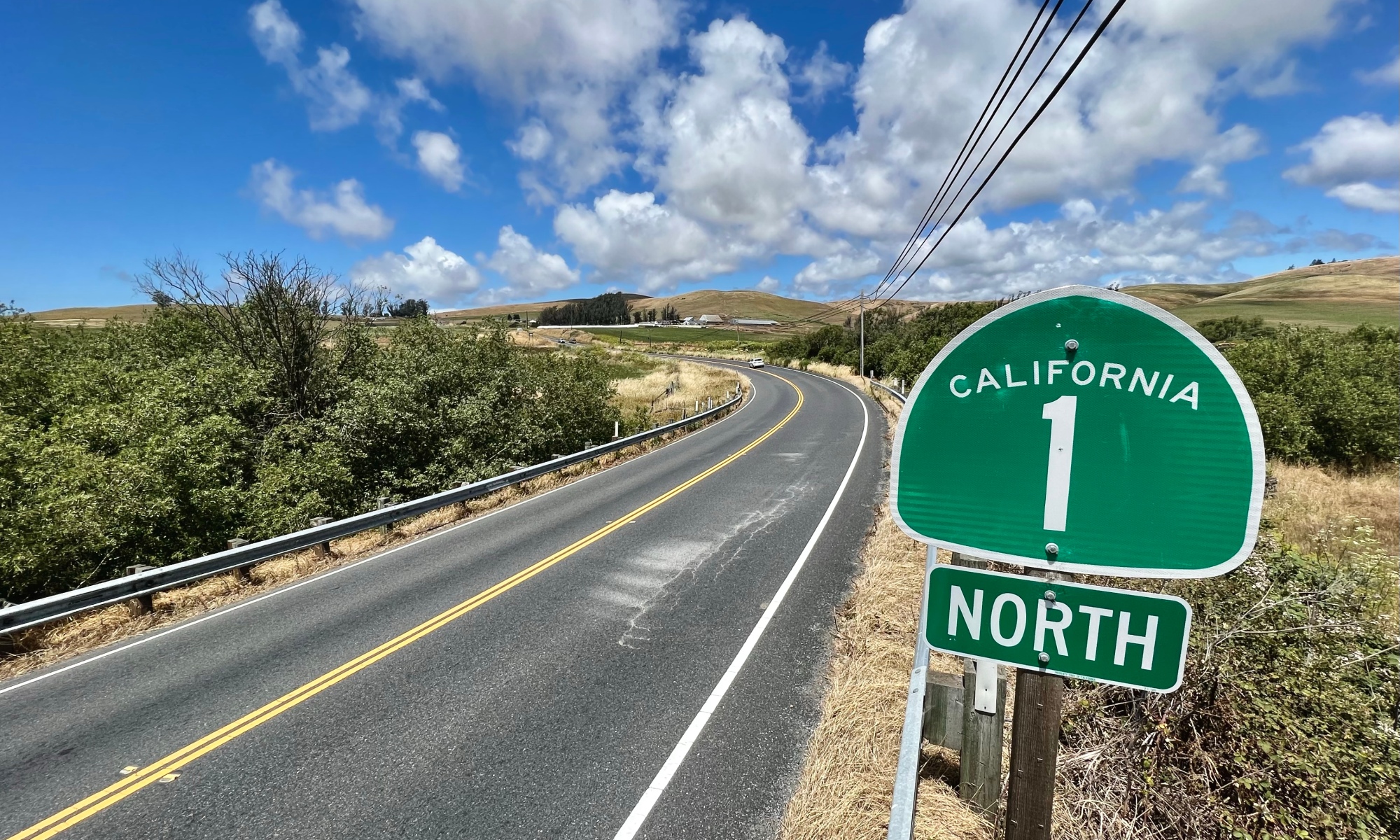 I set off from San Diego toward Alaska two weeks before the summer solstice. The long summer days are a big improvement over the short winter days I experienced toward the end of the last leg of this tour. I’m averaging 85 miles per day (137 km) even with headwinds and 3300’ (1000 m) of climbing per day. The densely populated parts of Southern California make for so-so riding but further north the coast is mostly wild and undeveloped and utterly breathtaking.

The ACA map notes advise the cyclist to avoid riding in peak summer due to traffic and to ride from north to south due to prevailing wind direction. I don’t take their advice because you can’t get to Alaska by riding south.

I meet cyclist after cyclist, all heading south with the wind at their backs. Maybe half are American and the rest have flown around the world to ride this famous route. German, French, German, Swiss, German, Canadian… there are a lot of Germans. This is a nation that embraces bicycle travel and their engineers have created the recumbent I’m riding, it’s tires, internally geared hub and headlights which don’t blind oncoming traffic. Dankeschön!

In the negative column, they also pioneered the sandals-and-socks look that I am rocking so you may wish to hold your applause.

In the first week, I encounter four other solar bikes. The first two are a couple traveling with a dog on their custom trikes. They pull up next to me on the beach path in Los Angeles and declare, “Hey, we know you from the Grin profile video on YouTube!” I feel famous. Briefly.

Number three is a fellow solar vehicle builder I met two years ago when I rode through LA. He and his wife are kind enough to host me for the night and ride out to the beach with me to see me off. I pass solar bike number four a couple of days later but there’s too much traffic to stop and chat. When I arrive at that night’s hike/bike site, the camp host has detailed photos of the mystery woman’s bike and I share some tips on how she can go about converting her own ebike to solar power.

I take my first rest day in 12 days on the summer solstice. Tomorrow, I cross into Oregon.